Which is Broken into More? Homes or Businesses? 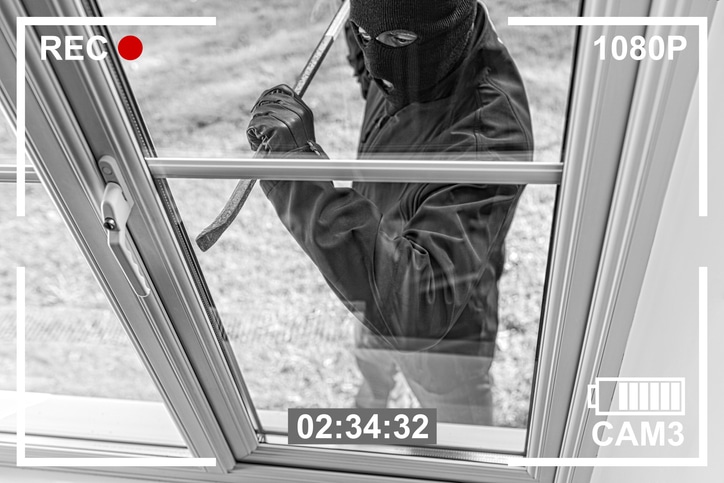 According to the FBI, there were an estimated 1.4 million burglaries in the United States in 2018. Of these, 68.2% were classified as residential burglaries, while the remaining 31.8% were non-residential burglaries. The vast majority of burglaries (83.5%) involved forcible entry, while the remaining 16.5% were classified as unforced entries. The chances of becoming a victim of burglary are relatively low, with a burglary rate of 390.1 per 100,000 homes in 2018.

However, the risk is not evenly distributed across the country, with states like Alaska, Nevada, and Maryland having significantly higher rates of burglary than the national average. Burglary is also more likely to occur during certain times of day, with most break-ins taking place between 6 am and 6 pm. Taken together, these statistics paint a picture of the typical burglar in the United States: someone who forcibly enters a home during daylight hours in search of valuables.

Where Do Most Break-Ins Occur?

Most break-ins occur during the daytime when homeowners are typically at work or school. This gives burglars plenty of time to break into the home and rummage through valuables. Break-ins are most likely to occur through easily accessible windows or doors. In many cases, burglars will simply break a window to gain entry to a home or business. Once inside, they can quickly ransack the premises, looking for valuables.

They may also target safes or cabinets that are easy to break into. In some cases, burglars will force entry by kicking in a door or using a crowbar to break open a lock. However, most break-ins are relatively quick and simple affairs, with the burglar able to make off with their loot in a matter of minutes. As such, it is important to take measures to secure all windows and doors, as well as any other potential point of entry. This can help to deter burglars and make it more difficult for them to break into your home or business.
Burglars typically target homes that are unoccupied or have weak security measures in place. They will often case a neighborhood for several days, looking for signs that a home is empty or vulnerable.

For example, they may look for homes with dark windows, a stack of newspapers near the front door, or an overgrown yard. Once they have selected a target, they will typically break in through a back door or window. Once inside, they will quickly gather any valuables and then flee the scene. In many cases, the entire burglary will take less than 60 seconds. However, the damage caused by a burglary can last much longer. In addition to financial losses, homeowners often experience a sense of violation and fear. As such, it is important to take steps to secure your home and make it less inviting to burglars.

How to Scare Burglars Away

No one wants to come home to find that their home has been broken into. In addition to the loss of property, burglaries can also be emotionally devastating. Fortunately, there are a number of steps that homeowners can take to discourage burglars and make their homes a less attractive target.

One of the most effective measures is to install a security system. Burglars are typically looking for an easy target, and a visible security system is often enough to discourage them from attempting a break-in. Another good measure is to keep valuables out of sight. If burglars can see items like computers or jewelry through windows, they may be more likely to target your home.

Finally, it’s also important to make your home look lived-in.
Burglars are less likely to attempt a break-in if it looks like someone is home, so leaving a light on or putting out the garbage can help deter burglaries. By taking these simple steps, homeowners can help ensure that their home is safe from burglars.

Home and Business Security Systems to Keep Burglars at Bay

At Security Systems of America,  we understand the importance of keeping your home or business safe from burglars. We offer a variety of security systems that can help to deter break-ins and keep your property secure. 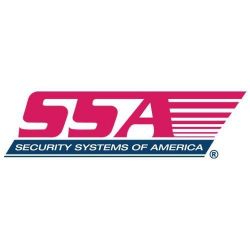 Brian Winters
Director of Sales and Operations at Security Systems of America
Brian Winters graduated from the University of Pittsburgh in 1988, with a bachelor’s degree in Business/Economics. After graduation, he worked in the transportation and security industries, for companies like Roadway Express, ADT and Consolidated Freightways. Brian returned to ADT in 2003, where he served in multiple management roles of increasing responsibility, for over fifteen years. During his time there, ADT became Tyco Integrated Security, who then merged with Johnson Controls. He left JCI at the end of 2018 and moved to Siemens Smart Infrastructure, where he managed the Pittsburgh branch Sales for three years. In December of 2021, Brian joined Security Systems of America, as their Director of Sales and Operations. He and his wife Sharon reside in Greensburg, PA, along with their two rescue dogs. They have two adult sons and a daughter in law. In his spare time, Brian enjoys spending time with his friends and family, golfing and traveling.

We use cookies on our website to give you the most relevant experience by remembering your preferences and repeat visits. By clicking “Accept All”, you consent to the use of ALL the cookies. However, you may visit "Cookie Settings" to provide a controlled consent.
Cookie SettingsAccept All
Manage consent

This website uses cookies to improve your experience while you navigate through the website. Out of these, the cookies that are categorized as necessary are stored on your browser as they are essential for the working of basic functionalities of the website. We also use third-party cookies that help us analyze and understand how you use this website. These cookies will be stored in your browser only with your consent. You also have the option to opt-out of these cookies. But opting out of some of these cookies may affect your browsing experience.
Necessary Always Enabled
Necessary cookies are absolutely essential for the website to function properly. This category only includes cookies that ensures basic functionalities and security features of the website. These cookies do not store any personal information.
Non-necessary
Any cookies that may not be particularly necessary for the website to function and is used specifically to collect user personal data via analytics, ads, other embedded contents are termed as non-necessary cookies. It is mandatory to procure user consent prior to running these cookies on your website.
SAVE & ACCEPT
Start Your Free Quote